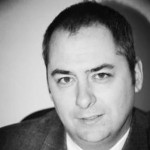 James Cahill Jr. is a partner. He graduated from Touro Law School in 1993 and was admitted to the New York bar in 1994.

From 1993 to 1996, Mr. Cahill served as an appellate law assistant to the Justices of the Appellate Division of the Supreme Court, Second Judicial Department. There, he was responsible for the preparation of confidential bench memoranda analyzing pending appeals for the Justices. In 1996, he joined Cahill & Cahill.  His practice is in trust and estate related litigation, estate planning and estate/trust administration.

In addition, he has been appointed as a guardian ad litem to represent the interests of minor children in New York and Kings County Surrogate’s Court in contested probate, miscellaneous, and accounting proceedings.

The use of this Website for communication purposes for communication with the firm or any individual member of the firm does not establish an attorney client relationship. Confidential or time sensitive informationshould not be sent through the website.
Copyright 2018 Ledgersuite.com, All rights reserved.
* Type a keyword then press Enter